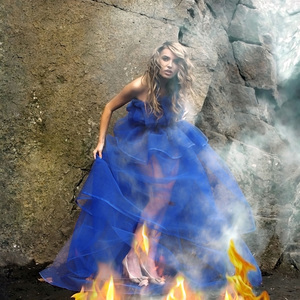 Description
Aelyn (the real name is Alyona Samoylenko) - Ukrainian singer, songwriter, composer, who works in trance and house styles. Sheâs among the Top 50 worldâs best trance vocalists of The Best Trance Vocalists of 2012 and is the only representative of the CIS countries in the ranking. She started her career at the end of 2011 and during this time has released about 30 tracks both solo and joint projects with such producers as Matt Darey, Stan Kolev, Moonbeam, Ruben De Ronde, DJ Feel, Aurosonic, Satoshi Fumi and many others. Tracks of Aelyn, as well as her collaborations with producers and DJs get support from such guru of club music as Armin Van Buuren, Tiesto, Aly & Fila, Andy Moor, Matt Darey, DJ Shah, Pedro Del Mar, Moonbeam, DJ Feel, and many others. Her tracks are released by the world's leading labels such as Armada Music, Black Hole Recordings, Enhanced recordings, etc.
AELYN writes music and lyrics to her songs on her own, works with leading DJs of Ukraine, Russia, The Netherlands, Britain, Japan, Romania, etc. In her collaborations with producers she acts not only as a singer but as a songwriter and co-author of the music as well. Her creation is a romantic lyrics, framed by light dance music club format.