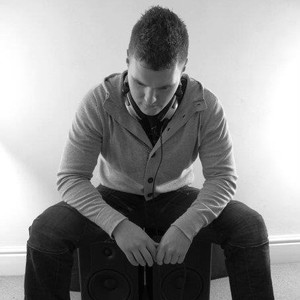 Description
Allan Morrow is a name which has become synonymous with the worldwide Trance community recently, still in his early 20âs this talented DJ & producer from the United Kingdom has spent years perfecting his production talents and in turn his music has received support from various high profile DJâs such as Armin Van Buuren, Simon Patterson & Aly & Fila amongst many more.

Allan first got immersed in Electronic Dance music by a visit to the clubbing capital of the world Ibiza; a trip to the legendary Amnesia for Cream followed and really opened his eyes to the immense power of Electronic music. Mesmerised by the Turntable trickery of Deck wizard Eddie Halliwell, this was a turning point for Allan and as soon as he returned to the UK he purchased his first set of Turntables, and began to hone his musical ear by perfecting the art of DJing.

Not content with playing the music he loved to spin, it wasnât long before Allan decided to set up his own home Studio and became involved in Music Production. Allan has invested several years mastering his sound and this has proven to be a valuable asset making Allan an Artist that produces 100% of his own material, without the need of Engineers or Ghost-writers, something that not many recent producers can claim today. This has lead to his productions forthcoming on credible labels such as Mental Asylum, Discover & Aria Knights. Allan also has a strong relationship with the respected UK based label Nu-Depth and has produced multiple hit records for the label, most noticeably âDown Underâ - a sublime futuristic slice of Trance which stormed the download charts at TrackItDown.Net. Allanâs production talents has not gone unnoticed and this has seen him remix one of Italyâs finest Trance exports Manuel Le Sauxâs epic âBring It Backâ in which Allanâs mix was supported twice on Future Sound Of Egypt.

Allan cites Paul Van Dyk, Simon Patterson, Giuseppe Ottaviani & Will Atkinson as his main influences when it comes to Production, so it comes as no surprise that Allanâs sound is rooted firmly in the more energetic side of the Trance Spectrum. His productions are always aimed straight at the global Dance-floors with club shaking Kick drums, Cone rattling bass lines & a touch of acid thrown in for good measure, his signature sound is always complimented by strong melodies, full-fire Synths & Clever FX which has earned Allan many plaudits from both clubbers, DJâs & Producers around the world.

So what does the future hold for Allan Morrow? Recently he has dedicated his full time in his music and has been busy in his Studio. His classy rework of Bjorn Akessonâs âPerfect Blueâ (Out on Armada) gathered some serious momentum with plays on major Radio shows such as Armin Van Buurenâs âA State Of Tranceâ, BBC Radio One and Mark Sherryâs Outburst Radio alongside others. It was also played as the closing track of the night at Godskitchenâs Global Gathering where the track was dropped by Simon Patterson to a rapturous reception to thousands of clubbers. Allan also has a forthcoming collaboration with Ex-Driver entitled Metropolis which will be released shortly on Recoverworld.

With a discography that most producers can only dream of, the future is looking promising for Allan, one of the Nu-Breed Trance producers really making an impact on the modern day Electronic music scene.
Releases
Like
Members who like this Alias
Edit