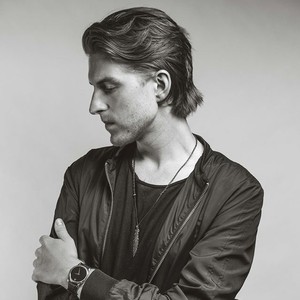 Description
Born in Lithuania, raised in Canada, at 24, Giddy has had the opportunity to work around the globe DJâing alongside some of the worlds greatest international acts ranging from Above & Beyond and Steve Angello, to the likes of Mark Knight, Calvin Harris and Avicii (just to name a few).

After 8 years of experience DJâing and playing in front of various audiences, Giddy has begun channeling and expressing the excitement behind his DJâing into his own personal productions. Spending a few seasons in Ibiza working for the iconic club âAmnesiaâ further influenced Giddyâs style to encompass the beautiful/feel good nature of Progressive House/Trance while incorporating natural groove and rhythm drawn from Tech-House and Techno. Drawing unique elements from a variety of genres has allowed Giddy to distinguish and carve his sound in a continually evolving/ever-changing musical landscape.

The year 2013 marked Giddyâs first two major releases on long time favorite Toolroom Records. After teaming up with fellow friend and artist âJamie Kâ, âLosing Myselfâ, and âBarrageâ were featured on two separate Toolroom compilations (Ibiza Deep, Ibiza Vol. 2), and have gained support from acts such as Steve Angello, Kryder and many more!

Following the more Tech/Deep House oriented releases, Giddy partnered up with âJamie Kâ once again to produce the singles, âWeâve Come So Farâ, and âVeritasâ via Black Hole Recordings. Both releases encompassed a much happier, brighter and euphoric take on progressive house/trance and have gained support from industry heads such as Above & Beyond, Ferry Corsten, Paul Van Dyk, Moonbeam, Norin & Rad and many more!

With a forthcoming release set via Paul Van Dykâs âVanditâ record label coming early March, the year 2014 is looking to get off to a fast start! With numerous releases ready and set for the year, Giddy will continue to look to impress, showcase and educate audiences, while continually making them dance. Make sure to look out for Giddy in 2014!
Releases
Like Edit