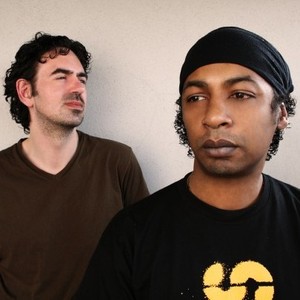 Description
Dennis BunÃ© (Jaimy) and Kenneth Doekhie (Kenny D) are both residents of Amsterdam. They met each in 1998. Since then they have spent hours and hours together in the studio, no wonder that they perfectly got used to each othersâ ways. Nowadays they are responsible for over 120 releases on highly acclaimed labels like Subliminal, Perfecto, ID&T, Skint, Wildlife and Combined Forces and they did remixes for names such as TiÃ«sto and Way Out West.

Their productions, with the already classic âKeep On Touchin Meâ as an absolute high, found their way to the record cases of DJâs like TiÃ«sto, Erick Morillo, Paul Oakenfold, John Digweed, Satoshi Tomiie, Sander Kleinenberg, Paul van Dyk and Steve Lawler. Above that, Jaimy has been responsible for about 35% of the releases of the successful Outland Records label on which he released amongst others the hit âOn The Discotrainâ. In 2001 they got their own label at Black Hole Recordings called âFatal Tracksâ. On this label they released deeper groovy club productions, no top 40 material, but very well useable as a great addition in a DJ set.

Of both of them, Jaimy is the only one who performs as a DJ on parties, something he does since 1996. Jaimy's style as a dj, is as diverse as his productions. He loves to combine all kinds of house genres. Traveling through North & South America and all over Europe, he has moved the crowds with his uplifting, pumping, sexy and funky sets. His weaponry of 100% exclusive tracks, unique sound and ability to blend all kinds of styles, distinguishes him of others.