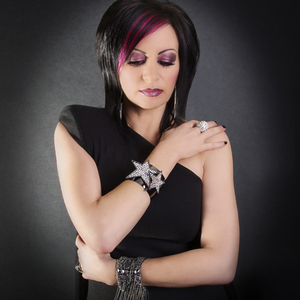 Description
When you've reached the highest possible heights in your chosen area, when there are no mountains left there to climb, artists sometimes opt the sub-genre jump. We saw it go one way with TiÃ«sto and late last year the door is swung the other way. Lisa Lashes - former ruling queen of hard dance - has entered the trance realm!

This is no impulse move for Lashes. It was in preparation for 18 months before she made the announcement. Releases on Discover Dark, Musical Madness, High Contrast and Reset have provided the opening salvo, with the tone being set by barreling beats, floor-attacking b-lines and tight, clipped trance synths. Late last month saw the release of 'Numero Uno', with some fine Ummet Ozcan and Indecent Noise remixes attached. That's just juggernauted its way into the top 10 of Beatport's Trance Chart and as we sit here typing is still climbing. Consolidating the move next month Lisa will be re-launching her esteemed Lashed label with two more club-combusters. 'Distant Drummers' fires up the rim-shot and snare action and gets some near-hazardous levels of bass and drum going behind it. 'Ella's Theme' meanwhile crisps up the percussion, working in some suitably strident synths along the way.

After the success of her first one, this November Lisa + Guests will be returning to The Netherlands for another Lashed Holland event in Vlaardingen. You can get more information on that over the coming months via her website and much more of Lisa's new musical direction from her Lashed Podcast.