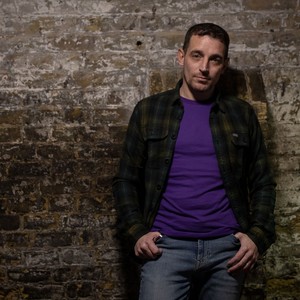 Description
From his humble beginnings, the past 25 years have taken Carl Nicholson on a journey that can only be described as the story of a true underdog.

From pulling himself from the rock bottom, Carl learnt his craft from the undisputed king of dance, the late, great Tony de Vit, and then went on, armed with Tony's Trade record bag, to bag himself a residency as the worlds No 2 club Fabric, play huge UK festivals such as Glastonbury & Bull Dog Bash, and across the world for Soundscape (NZ) & Tranceport (ARG) plus many more.

From there Carl took over the world of UK Hard Trance in the mid 2000's, clocking up huge releases on the hierarchy of harder edged sounds including Nukleuz & Tidy Trax, earning himself a Silver BPI award for 'Times like These' that was featured on the ever popular 'Extreme Euphoria' series, and signing to over 40 other compilations over the next decade, also not forgetting clocking up numerous Radio 1 plays including one by Kutski debuting his remix of the Tony de Vit classic, 'The Dawn'.
Since 2013 Carl has been concentrating his efforts on his first and foremost love, Trance music. In this time he has notched up numerous releases on some of Trance's most prolific underground labels such as Perfecto Fluoro, Universal Nation, Pharmacy, Discover Dark & Rise and remixed some of the biggest Trance artists in history including Binary Finary, Marmion, Tony de Vit & Quench.

His tracks are revered worldwide with staunch support from the likes of Armin van Buuren, Ferry Corsten, Paul van Dyk, Jordan Suckley, Alex M.O.R.P.H and Sean Tyas to name just a few. And 2019 just seems to be going from strength to strength with his recent album âGloriousâ hitting the #1 spot on Beatport in just 72 hours, and of course him hitting the coveted Beatport Trance No.1 spot with his latest release on Flashover Trance 'Melody'.

With imminent release of new material on Flashover Trance, ZYX, Discover, Tangled and many others and a tour diary filling up fast, Nicholson is looking to dominate the world of Trance for many years to come.
Releases
Like Edit