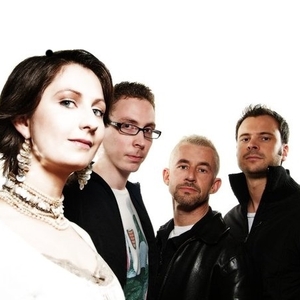 On 24 August 2007, "Breaking Ties" (Above & Beyond's Analog Haven Mix), was featured on TATW #178. Audio footage of "Breaking Ties" started to surface on YouTube around October 2007. On 1 November 2007, Miracle also appeared on YouTube. Although this was given as the title on the Above & Beyond official forum, at the time the title was unconfirmed.

On 14 March 2008, "Sirens of the Sea" (Above & Beyond Club Mix) premiered on Trance Around the World episode #207. It was presented as one of the new singles for the upcoming album. Prior to this, "Sirens of the Sea" (Kyau & Albert Remix) was released on Above and Beyond's Anjunabeats Volume 3.

On 7 April 2008, the single "Sirens of the Sea" was released. New remixes by Sonorous, Cosmic Gate, Maor Levi, as well as the Kyau & Albert remix were included.

On 10 June 2008, Oceanlab's debut album - Sirens of the Sea - was announced on the Anjunabeats website with a release date of 21 July 2008. The single, "Miracle", appeared a week earlier on 14 July 2008. Included in the single are Above and Beyond's Club Mix, as well as remixes by Martin Roth, Michael Cassette and Fletch. A remix album was later issued, containing remixes of their work before the album release, remixex of album songs, and club reworkings by Above & Beyond themselves.
Releases
Like Edit