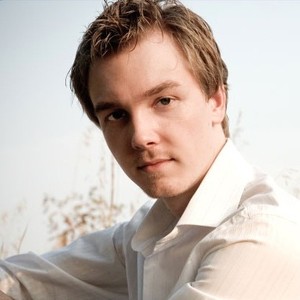 Description
Phynn (born Finne Jager in Nieuwegein, The Netherlands on December 6, 1984) is a globally acclaimed trance music DJ. He is well known for his trademark melodic, uplifting trance sound.

Early Stages
In 2000, Finne discovered his love for electronic dance music. Finding the style extremely interesting, he started exploring the possibilities of making electronic dance music. He first gained notoriety in an Ernesto vs. Bastian remix contest under the 'Mind Markers' guise. Out of hundreds of contestants, Finne was one of the three winners in the competition. He got in touch with Ernesto vs Bastian and Sony's FTM label and did further remix work for the duo, remixing hits such as Stop 9.5 and Who's The Starter.
Phynn's 'Stop 9.5' remix was picked up by TiÃ«sto, who played it on his second Tiesto In Concert edition, and featured it on the official DVD release.

In the second half of 2004, Finne (now commonly known as Phynn) decided to make a record with his friend Bart Van Wissen, known as Fictivision. The result was 'Escape' (released on DJ TiÃ«sto's Black Hole Recordings), a track that introduced both Phynn and Fictivision onto the international trance map. Soon after that, Phynn followed up with an even bigger hit, this time a solo production, titled 'Lucid'. As of today it remains one of his biggest and most well known records. Lucid was heavily supported by TiÃ«sto and was featured on the Tiesto in Concert DVD series as well.

Breakthrough
Finne was introduced to the 'big audience' as a closing act for TiÃ«sto at the Heineken Music Hall in Amsterdam, on December 3, 2005, in front of an audience of over 5000 people. One month later, Phynn was declared 'Future Hero' by Mixmag, a well known electronic dance music magazine.
Following his global success, Black Hole Recordings asked Phynn to mix the 11th edition of the highly acclaimed In Trance We Trust series. Phynn accepted the offer and followed in the footsteps of legendary trance artists such as Johan Gielen, Cor Fijneman and Mark Norman and delivered the 11th edition of the series.

'Spacewalk' and 'Hello Love'
In 2009, Phynn released 'Spacewalk' on Black Hole Recordings. The song was an instant success, and top DJ's like Markus Schulz played the record for many months after its initial release, and it was placed on many compilations world wide. Following up on 'Spacewalk', Phynn's next project was 'Hello Love' featuring Antonia from Jets Overhead. Just like 'Spacewalk', 'Hello Love' was a big hit with fans around the world, leading Ferry Corsten to include it on his Once Upon A Night mixed compilation.