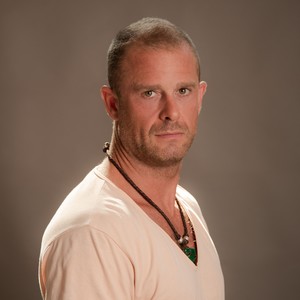 Starting his career in 2005, Durand was recommended by TiÃ«sto as his 'Tip For The Top in 2007' in DJ Magazine. In that same year he was placed in the DJ Magazine Top 100 DJs poll.

His first creations were tech trance singles "Make Me Scream" and "Slipping Away" on the Terminal 4 label, but his real success started with remixes of TiÃ«sto singles "Lethal Industry", "Flight 643" and "Break My Fall", and reworks of Prodigy's "Smack My Bitch Up" and Snow Patrol's "Chasing Cars" which brought him into the playlist of DJs such as Armin van Buuren, Paul van Dyk, Ferry Corsten, Judge Jules and Eddie Halliwell.

In 2008, Durand remixed Fragma's "Toca's Miracle" and Armin van Buuren's "In And Out Of Love". His solo productions included "Weep" featuring Skin from Skunk Anansie on vocals, which was signed to Perfecto Records.

In 2009 Durand remixed Art of Trance's "Madagascar" followed by his debut artist album Always The Sun on Magik Muzik / Black Hole Recordings. The album spawned three singles "Into Something", title track "Always The Sun" and "No Way Home".

In the 10+ years that followed Richard Durand has hit the Top 100 of the DJ Magazine annual DJs poll on no less than five separate occasions, he's just released his fourth critically acclaimed artist album, mixed six editions of the legendary 'In Search Of Sunrise' series of compilations and performed on many of the world's biggest stages including legendary brands such as A State Of Trance, Dreamst ate, Trance Energy, Sensation, Sunburn, Mayday, Untold, Godskitchen, Luminosity, Avalon, Zouk and Ministry Of Sound.

At the back end of 2018 Richard raised the bar once again. The November release of his hotly anticipated fourth artist album 'The Air We Breathe' on Black Hole Recordings was greeted with overwhelming praise from fans and dance press alike and has spawned several hit singles to date including 'Skies Above', 'Aida' and 'Vortex' with Marco V. However, the most notable single from the album an d for Richard in 2018 was undoubtedly 'The Air I Breathe' . I nitially released as an instrumental and one of the biggest tracks of the summer festival season, hitting #1 in the Beatport chart, the track was then given a second lease of life at the end of 2018 with Christina Novelli brought on board to deliver vocals and elevat ing 'The Air I Breathe' from an underground anthem into a runaway mainstream success. The status of the track was confirmed and fixed in dance music history with the award of the prestigious 'ASOT Tune Of The Year' at the end of December following a worldwide poll from the millions of listeners on Armin van Buuren's weekly radio show.

Richard continues to run his own 'Reloaded' label for harder edged releases from himself and industry peers, while he's also been making appearances on other notable labels, both underground leaders such as Outburst, Degenerate and Afterdark as well as mainstream giants such as Armada Music where his remix for Armin van Buuren 'Wild Wild Son' was awarded 'ASOT Tune Of The Week' on episode #899 at the start of 2019. He's continued to dominate playlists and charts this year with vocal hits 'Kill The Fear' feat. Mike Schmid and his remix of 'These Hands I Hold' by Greg Downey & Bo Bruce on Perfecto, plus the much hyped debut collaboration with Ben Gold titled 'A Thousand Times'. Richard Durand and his Reloaded brand are planning several new firsts this year as he brings a musical revolution to the scene in 2019!
Releases
Like
Members who like this Alias
Edit