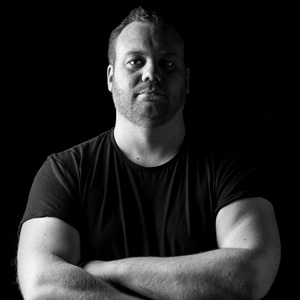 Description
Out There. Spiralâ¦ names known all too well to Trance music aficionados behind the decks and on the dance floor. For more than a decade his productions have help define a genre and he is recognised as the one most consistent producers of Uplifting Trance.

At first glance you may see just another producer from dance musicâs cultural home. Whilst his musical influences certainly developed in the Netherlands, Robertâs background is a multi-national affair. Born to an English father and Norwegian mother, his perception of the world naturally become quite broad and unique â perhaps why, when it came to music, his ideas were instantly ahead of the curve.

From the timeless 2004 record âSpiralâ to more recent masterpieces such as âSomewhere In Spacetimeâ & âHeliopauseâ, Nickson has continually grown his mountain of fans, counting many of the worldâs leading DJs among them. Global headliners Armin van Buuren, Paul van Dyk, TiÃ«sto and Above & Beyond are just some of the tastemakers who have been broadcasting his productions for over a decade.

Any living soul who can produce music of this calibre should be no stranger to the stage and Robert is no exception. His DJ style, whilst authentic and without need for flashy stage effects, takes listeners on an ethereal journey beyond the realm of consciousness.

Having toured all corners of the earth from London to Buenos Aires, Sydney to Ibiza and beyond, Nickson has refined the raw edge that made his original sound and DJ sets so palpable. Despite ever-changing dance floor trends, he has continued to bestow upon us the extraordinary. In fact, a quick look at his gig diary and release schedule shows us this melodic mastermind is very much in the prime of his career.

Over the last 24 months Robert Nickson has reminded us that in an age of super-festivals, with all their visual spectacle, there is simply no replacement for genuinely touching music. Many of his tracks lingered in the Beatport Trance Top 10, while âHeliopauseâ stood firmly at number 1 for several weeks. Other highlights include mixing disc one of the Pure Trance 6 compilation, a collaboration with trance legend M.I.K.E. Push and remixing tracks by artists such as Solarstone and Giuseppe Ottaiani as well as movie composer Tony Anderson.

Robert has been touring all over the globe at festivals such as Dreamstate, Luminosity and Lucky Fest, as well as at club nights in Bangkok, Moscow, LA and Pure Trance tour through Australia and more. He also started touring as Robert Nickson LIVE, a unique live show where he bypasses the traditional mixer and decks and instead brings a keyboard and guitar to the stage to play his music live.

In 2018 he founded a new project called Astrosphere alongside Driftmoon, creating an exclusive live experience by bringing instruments to the stage at Dreamstate SoCal and Luminosity Beach Festival. Their productions have been picked up by labels such as Coldharbour Recordings, Pure Trance and Black Hole Recordings.

With such an extensive back catalogue and air-miles balance one would be forgiven for assuming Robert Nickson has already celebrated his illustrious career. However, with even more live performances, festival appearances and a new album on the horizon, you can be sure the best is yet to come from this noble producer.
Releases
Like
Members who like this Alias
Edit