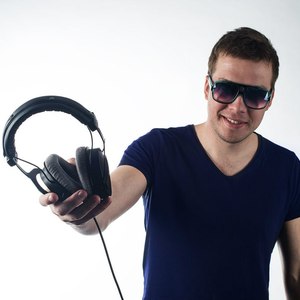 Description
Ruslan Radriges is the most successful Russian trance DJ and producer.

His productions got a huge support from the best DJs of the world. Ruslan Radriges was invoited in Armin van Buuren's studio in Amsterdam and his works often sounds in his radioshow A State Of Trance!

He started in 2009 and his first success came in 2010, his tracks has been played in the radioshows of such producers as Armin van Buuren, Ferry Corsten, Paul van Dyk and many more!

In 2012 Ruslan Radriges started his own twohours radioshow "Make Some Trance". Become a resident of massive Suanda Music label! And in 2013 he signed a contract with respectable label Armada Music and released first track on it. By now his tracks and remixes have been supported by all famous trance DJs as Armin van Buuren, Paul van Dyk, Ferry Corsten, Bobina and many many others. Also he collaborate with a famous vocalists and musicians such us Betsie Larkin, Christian Burns, Cathy Burton, Denise Rivera, Cari and many more!

2015 was a great year for him. All his track got into beatport Top100 trance chart. Most of his tracks has got into TOP10. Also he has got a huge support from DJs and listeners as his tracks were nominated as Tune Of The Week and Future Favourite in A State Of Trance and many more!

In 2017 he invited again in biggest world event Amsterdam Dance Event (ADE)
In present time he mintines in active touring!

Ruslan Radrigest - is definately one of the Future Trance Stars, so keep an eye on him and meet him at gigs in your country!

âOne of the rising star in trance scene! This is one of the name to watch out!â
- Armin van Buuren
Like
Members who like this Alias
Edit