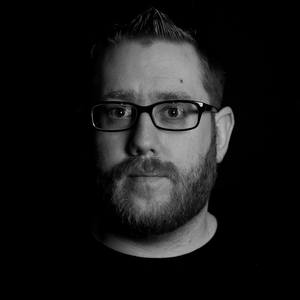 Description
Type 41 began his electronic music career at the age of 19, at which point he began to solidify a signature sound. Renowned for his euphoric, orchestral, and emotionally driving style, he has sometimes been compared to producers Andy Blueman and Daniel Kandi. Some of his keynote tracks include âNever Forget You,â âDestination,â and âMythology.â Over the past several years, Type 41's repertoire has grown to include a slew of original productions and remixes, some of which have landed support from leading trance and progressive performers such as Armin van Buuren, Aly & Fila, Sean Tyas, Daniel Kandi, and ReOrder, among others.

By 2010, Type 41's popularity had grown among global trance performers, many of whom praise his creativity and mesmerizing musical form. Noted for a body of work that features pronounced bass-lines and energetic dance floor rhythms, he strives to push the limits of trance. This continued success and peer recognition enabled Type 41 to partner with rising star Brian Flinn, with whom he released the track âLost Angelâ through Discover Digital, a label shared by Recoverworld Label Groups.

In 2011, Type 41 earned a unique opportunity to work with one of the industry's brightest vocalists, Tiff Lacey. Together, they produced âNever Forget You,â which has earned the global support of many well-known DJ's and continues to gain recognition. It remains one of his most popular tracks to date.

During the 2013-2014 transition, Type 41 contributed to A State Of Trance (ASOT), whose illustrious compilation, ASOT 2014, was mixed by Armin van Buuren. As part of the process, he gained support on the tunes âDestinationâ (ASOT episode 623) and âMythology,â the latter of which was remixed by Dimension and featured on both ASOT 2014 and episode 662 of the show itself.

Most recently, Type 41 has partnered with the respected Abora Recordings, a label whose aim is to bring the best of uplifting, orchestral, and emotional trance music to the world. Through Abora and by way of sub-label Digital Euphoria Recordings, Type 41 plans to release material that caters to the club scene, with a focus on uplifting and orchestral elements. Despite an already impressive career, Type 41's sound continues to grow, and he's forged himself a solid place in the electronic dance industry.
Releases
Like Edit