24+ hour charity live stream in memory of Thomas Coastline to support the fight against cancer cause.

In February we were left with a heavy heart after our dear friend Thomas Coastline sadly passed away. He was an inseparable part of Transmission Festival since 2013 and through his unforgettable warm up sets he showed the world his love and passion for electronic dance music that the fans could see as soon as they entered the O2 arena.

Despite Thomas was fighting a long battle with cancer since 2016, he was still sharing positive energy with everyone and while undergoing the cancer treatment, he founded the 'Trancer Against Cancer' charity with a series of eponymous club events to raise funds for the oncological centres.

Knowing Thomas, as the way to say goodbye he would have wished for a celebration of life instead of sadness and sorrow.  Therefore, United Music with the contribution by local and international artists prepared a special charity live stream 'TRIBUTE TO THOMAS'.

More than 24 hour live stream starts this Friday 9th April 2021 at 18:00 CEST on both YouTube and Twitch channels of Transmission Festival with the set of Thomas' close friend Luigi Di Mare who formed the D3LIGHT project with him. Later you can look forward to the sets by Elevven, Michael Burian, Dennis Sheperd, Jorn van Deynhoven, Artento Divini, ReOrder and Super8 & Tab. At night we will relive the sets by Thomas Coastline himself.

Besides remembering Thomas, 'TRIBUTE TO THOMAS' is also the charity live stream. The limited collection of 'TRANCER AGAINST CANCER' T-shirts is already available for pre-order HERE for 1 month only. Based on your pre-orders, these T-shirts will be made later to be both economically and ecologically responsible as there would be no unsold T-shirts on stock left. T-shirts will be made of high-quality bio cotton. You can choose from 2 different colours (white and black) and print (glitter or matte) and different sizes. The production cost is 10€ and the final price is 20€, meaning that half of the price goes to the fight against cancer. Get your T-shirt HERE.

If you prefer using PayPal, you can add your donation HERE. 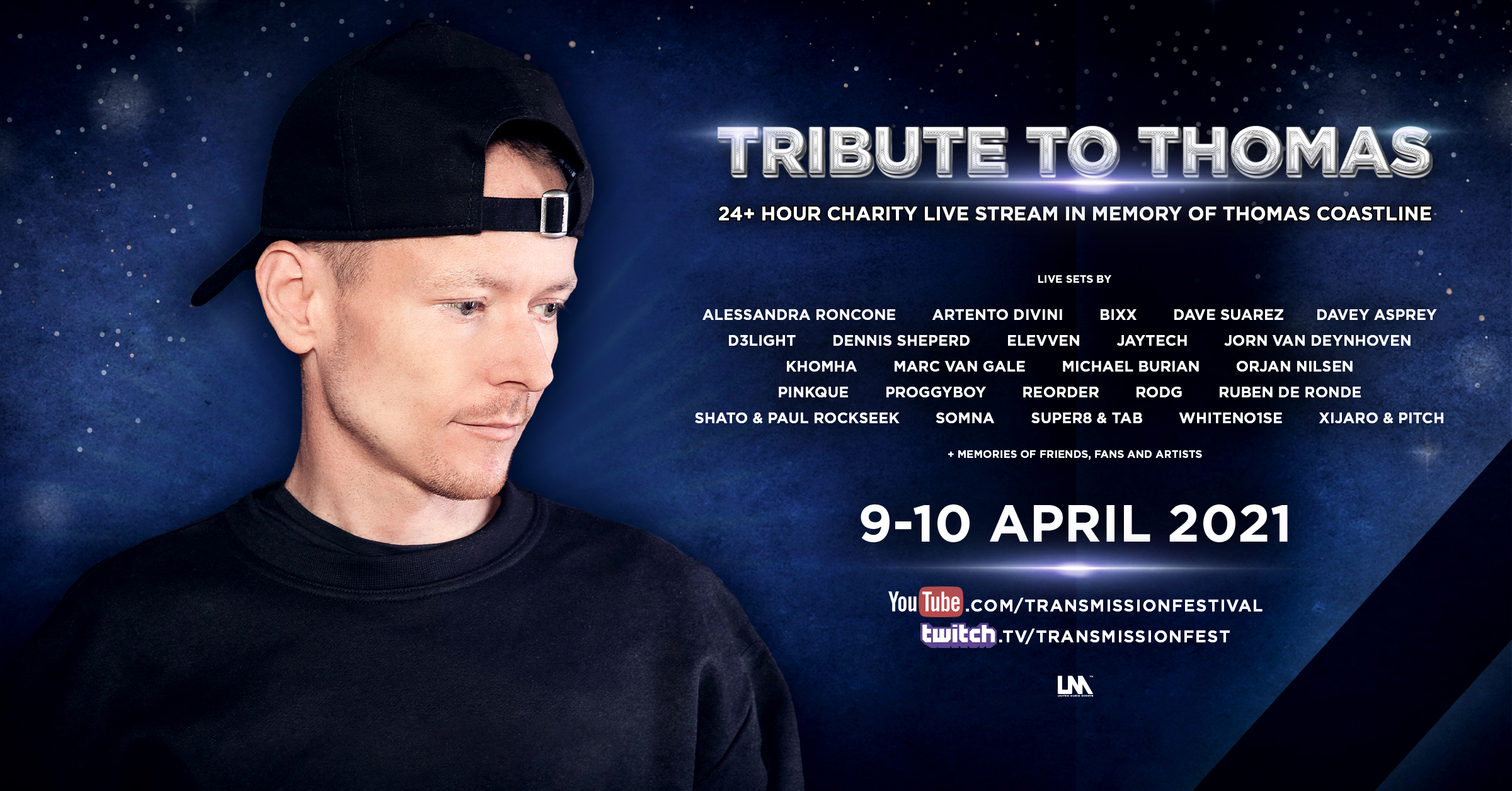 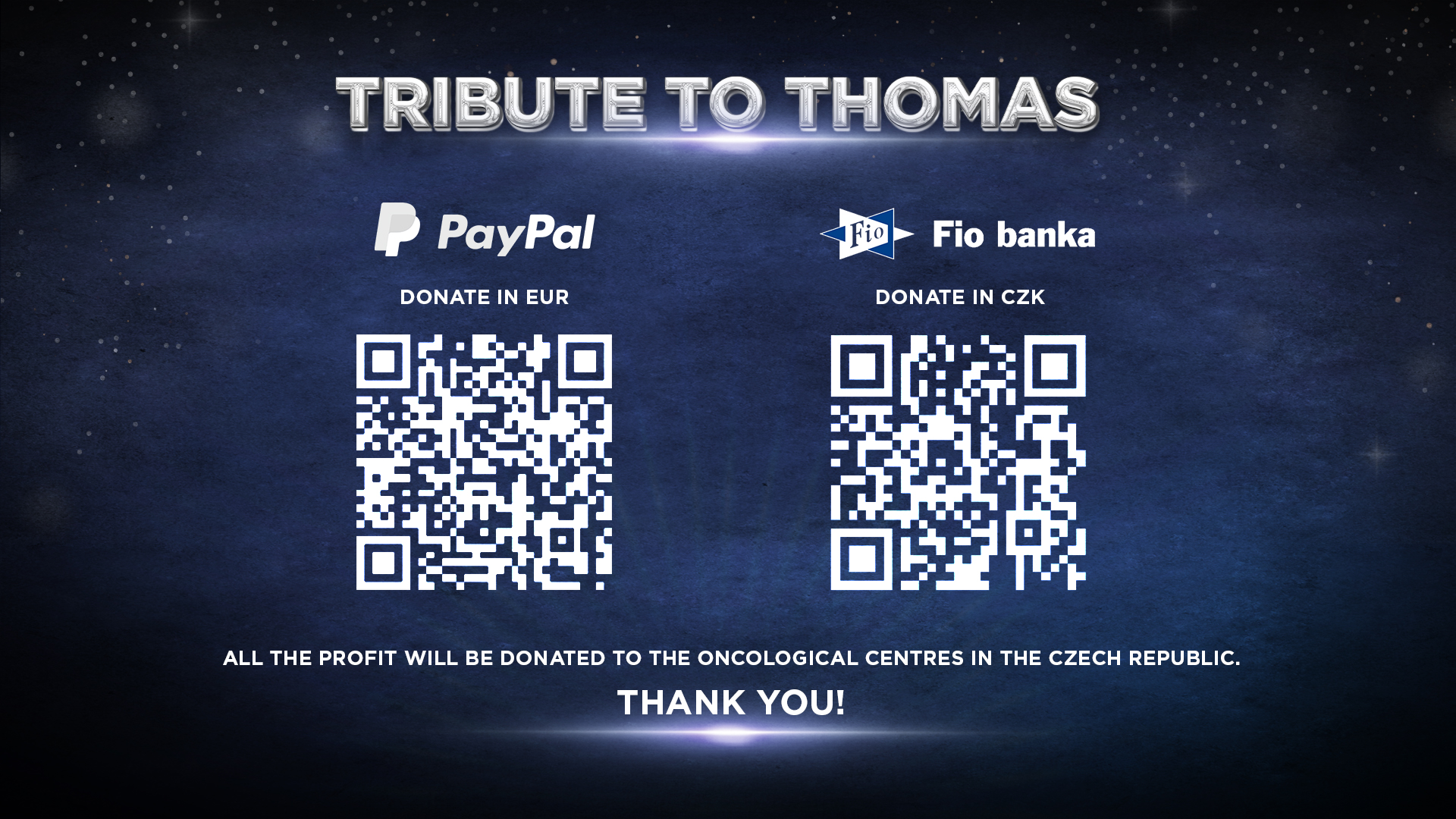