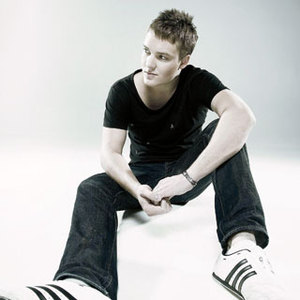 Biography
For two consecutive years tyDi was voted as Australiaâs #1 DJ (Sony ITM DJ Poll), as well as being listed highly in the DJ Mag Top 100 DJs of the world in both 2009 and 2010. An amazing achievement for someone so young, but this accolade was far from the end of the story. The 23 year old attended the 2010 International Dance Music Awards in Miami where he was presented with the award for âBest Breakthrough DJâ of the world personally by international dance giant Tiesto. He is an internationally touring artist, performing frequently in Australia, Europe, Canada, the US and Asia. Since 2008 tyDi has headlined many of the worlds leading festivals to crowds as big as 40,000 at events such as Sensation, Global Gathering, Godskitchen and the Trance Energy Mainstage in Utrecht, Holland where he played to over 20,000 music lovers.

In late 2009 tyDi launched his own weekly worldwide radio show titled âGlobal Soundsystemâ which has become a successful international name in its own right. Broadcasted in over 20 different countries after just one year, the fast growing success of Global Soundsystem led to one of tyDiâs biggest surprises yet, he announced to his fans that superstar guests Sasha, Paul Oakenfold, Judge Jules, Sander Van Doorn and Markus Schulz would all be joining him to mix and host the 50th episode.

tyDiâs critically acclaimed debut artist album âLook Closerâ hit the charts running where it went straight to the number 2 spot on the Australian Dance albums chart, with individual tracks appearing several times in the number one spot on the Beatport downloads chart. In both 2009 and 2010 tyDi mixed his own compilations for Ministry of Sound which were both followed by a 16 date tour for his fans. tyDiâs career as a song writer and producer took off when his first song âMeet me in Kyotoâ was signed to the worldâs #1 Dj Armin Van Buurenâs record label âArmada Musicâ at the age of 17. His releases such as âYou Walk Awayâ, âVanillaâ, âCallingâ, and âHalf Lightâ have become international favorites in their genre and are featured on compilations worldwide including several albums from Armin Van Buuren and many of the worlds leading DJâs.

In the remix world, tyDi is known for adding his unique twist to the music of the worlds best with a recent remix for BTâs âThe light in Thingsâ impressing so much that it led to the two of them working together on their own original collaborations, and it doesnât end there! tyDiâs versatility is proven by his ability to produce soundtracks for hard hitting government advertising campaigns, video games, and luxury property developments.
Like
Members who like this Artist
Edit