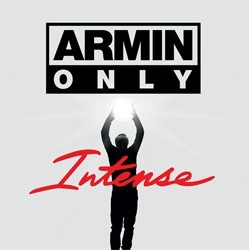 Event Description
Pssst! Before he officially announces the new Armin Only Tour tonight, we already have the news for you. It's going to be the brand new solo event by the world's #1 DJ, named after his album to be released in May. And as usual something special is upon us.

More than ever Armin Only Intense will revolve around show and theatre, creating a sight with which the Dutch DJ wants to surpass all his previous concerts, naturally with the best sounds you can expect of him.

For this they turned to the Ziggo Dome, a modern venue in Amsterdam. It's the most ideal spot for Armin Only; a beautifully shaped hall with striking intimate character, extremely suitable for a high quality DJ concert. Not for nothing the focus here is all about a perfect sound, acoustics and presenting a concert like it's supposed to be. The world tour that follows will also visit venues like this, dates will be announced soon.

Get your tickets!
The last Armin Only 2010 in Utrecht was sold out rapidly. This year the venue is much smaller, so it's expected that it's going to be sold out much faster. So yes, you'll get an exclusive show, but you really need to hurry in order to get your tickets!

What you can do is register quickly at www.arminonly.com and make sure you don't miss Armin Only Intense. The 15th of November is going to be a highlight in today's EDM.

Looking ahead to Armin's new album, check out now:
Armin van Buuren feat. Trevor Guthrie â This Is What It Feels Like

It's the first official single of the album that dance land has been waiting for. The premier introduction to 'Intense', the fifth artist album of the world's number one DJ, Armin van Buuren. It's the feel-good 'This Is What It Feels Like' ft. Trevor Guthrie, that rushes in.

Gathering two years of extraordinary production work and song-writing, 'Intense' is the next addition to Armin's legacy. Landing May 3rd, the first single is an exclusive pre-taste of its genre-bending sound. Featuring Canadian singer/songwriter Trevor Guthrie, Armin brings a musical fusion that has its roots in dance, rock and pop. Coming together in the easy-listening, up-tempo tune that is 'This Is What It Feels Like', Armin once again proves not to be a prisoner of his own style.

Of course, Armin Only Intense in the Ziggo Dome will feature this single, along with loads of other new music and experiences, representing one of the Intense highlights of nowadays EDM:


You travel each day in search of those special momentsâ¦.
Those moments when it all makes senseâ¦.
Where you feel one with the universe.
Where you feel the pulse of intense lightâ¦
That intense light, that we need to captureâ¦
To embrace that one eternal momentâ¦
Armin van Buuren returns. With the most Intense show ever.
Armin Only Intense!
Catch your light!