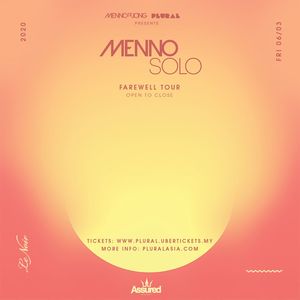 Event Description
Trance family! Will you be there to witness history as Menno de Jong plays his final show in Malaysia before retiring from DJing? THIS is a finale not to be missed.

Plural Asia and Le Noir KL are absolutely honored to be hosting one of the scenes most beloved DJ & Producer - Menno De Jong presenting an exclusive Open to Close set during Farewell Tour on FRI 6 MARCH at Le Noir KL.

Menno de Jong has amassed a huge followings and accolades during his 20 year career, thanks to his on deck energy; and numerous tracks like 'Tundra', and Creatures of the Night'.

Dance with us all night long as Menno De Jong takes us on an emotional and no doubt banging journey from open to close.
Buy Tickets
Map
Edit