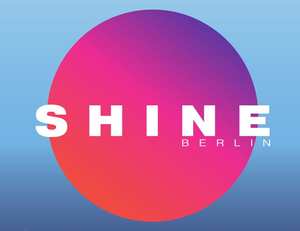 The clockâs been ticking on an event in PvDâs Berlin backyard since SHINEâs first dawning. There was one hold-up however and that was the availability of the site Paul was set on. Handpicked (and then held out for), the three and a half thousand capacity Columbiahalle is a venue with which he shares considerable history. Having cut his teeth there over a number of his DJ years, it was a place he even went as far (with 2001âs âColumbiaâ release) to dedicate a track to.

Located close to the Tempelhof Airport area, come May 2nd, Columbiahalle will host a DJ line-up that epitomizes SHINEâs musical frequency. The eventâs timing will also mean a PvD set thatâs fully loaded with all the new music from his 2020 âGuiding Lightâ album. In addition to seeing Paul in his native environment, SHINE will also welcome their other DJ mainstays, Aly & Fila to the German capital. Supplying his own unique brand of elevating melodic trance, Paulâs fellow countryman Alex M.O.R.P.H. will also be deck-side. Opening SHINE Berlin meanwhile will be a B2B-first, with the UKâs Paul Thomas and Berlinâs own Chris Bekker, adding some progressively themed majesty to the event.

So donât delay, jailbreak those 2020 calendars today, put a big red âXâ through that May 02 box and get on the right end of some entry tickets for SHINE Berlin.
Buy Tickets
Map
Edit