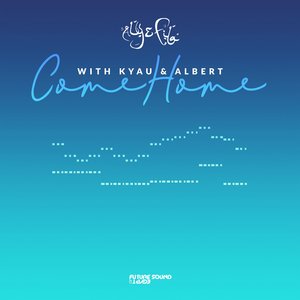 Description
After the already-blazing success of both âItâs All About The Melodyâ and Beatport #1 âGravityâ, the first two cuts to be taken from trance icons Aly & Filaâs new, long-awaited LP, the formidable duo now return with yet another stage-dominating anthem; âCome Homeâ featuring stalwarts of the genre Kyau & Albert.

From the vocal-led to the skin-tingling atmospheric, Aly & Fila leave no stone unturned within trance and do so with finesse and originality on âCome Homeâ. Industrial whirrs meld with an elusive, excitable melody that will surely have hands-in-the-air before the brooding vocals courtesy of Kyau & Albert project through with a gritty uniqueness. The boys really put the pedal to the metal with robust kicks, staccato synths and a rising energy that merges the two artists styles in perfect unison whilst retaining individuality for a concoction of epic proportions.

As premiered by Armin Van Buuren on his #ASOT91 show to a global audience, the track has also been lighting up Aly & Filaâs live sets from Europe to South America and beyond, a sure-fire weapon in their store as festival season edges closer. Aly & Filaâs sixth studio album will be coming later on this year and âCome Homeâ is released May 13th, make sure you grab your copy via Future Sounds Of Egypt as the anticipation builds!
Buy Like Edit