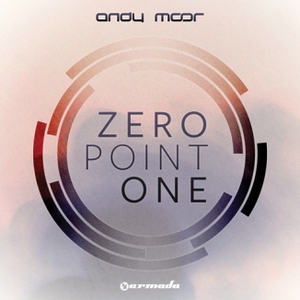 Description
After 15 years of exploring musical boundaries and establishing himself as one of the most innovative electronic music producers today, Andy Moor will finally release his long-awaited debut album Zero Point One on July 6.

Zero Point One is packed with 18 thought-provoking, original tracks and each one offers a unique glimpse into the creative process of a self-proclaimed perfectionist. From deep, mysterious ambient to melodic trance and vocal melodies, across the spectrum to rocking break beats and the thick bass of progressive, Andy Moor has fused his beloved sound into a complete package of timeless productions.

âI felt like the number âzero point oneâ was equivalent to the process of making this album,â says Andy. âItâs an intriguing number because it is so small, yet so much bigger than zero. I had been writing the album for many years, but as I was nearing the end, I decided to scrap the older tracks and start over with new ones. So this version of the album contains tracks made in the last six months, despite the entire process taking years.â

The wait will be well worth it for fans anticipating new sounds from the Grammy-nominated producer and DJ. Zero Point One features collaborations with some of the most recognizable vocalists and producers in EDM, including Meredith Call, Sue McLaren, Betsie Larkin, Carrie Skipper, Ashley Wallbridge and Orkidea. Sure to be treasured for years to come, Andy believes that with every listen, a new appreciation and context for the music will emerge.

âI feel my music normally takes a few listens to fully appreciate. Reflect on the album from a different perspective and youâll have a different understanding each time,â he says.

As the mastermind behind so many of todayâs biggest classics, Andy Moor has delivered a work of art that can only come from years of passion and fans will have no problem wearing out their speakers from keeping Zero Point One on repeat.
Like Edit