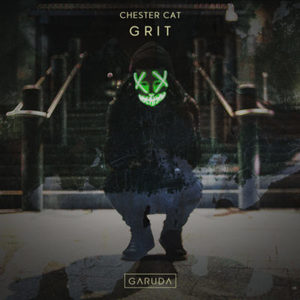 Description
Never one to stop experimenting or collaborating with industry veterans such as Paul van Dyk, Ferry Corsten & Paul Oakenfold, British export Jordan Suckley is adding to his melting pot of sounds once again; with the sole purpose of distilling his own blend of Techno & Progressive records to supplement his main stage sets. The first of the new singles shows us just what kind of attitude to expect, and itâs not one to be taken lightly!

âTesting the foundations of nearby buildings to their limits, Chester Catâs old-school-meets-contemporary speaker-buster on Garuda doesnât pull any punches at all. With chunky synth blasts, rambunctious bass and a surge of energy that runs from the start of the track till the very end, âGritâ is that track you call upon when push comes to shoveâ¦ or better yet, when fist comes to pump.â

2020 looks beyond exciting for Jordan Suckley, as the tech-trance Maestro, mastermind of âDamagedâ and purveyor of darker sounds continues touring worldwide, tearing down assumptions of what modern electronic music can be.

With the arrival of his Chester Cat project, no doubt influenced by the trippy mis-adventures of a certain childrenâs movie, Jordan is poised to go even deeper, even darker and even more mind-bending than his decade long history of DJ sets have ever been. Me-Ow!
Buy Like Edit