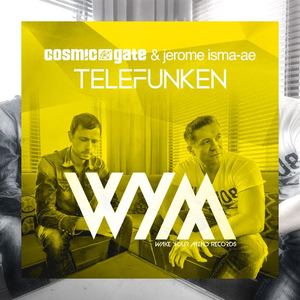 Description
âFair Gameâ, âFalling Backâ, âSo Get Upâ â theyâve all come, theyâve all rocked, and each in turn has brought a new shade & tone to âStart To Feelâs constitution. Now, once again, the album changes stylistic tack, with an affectionate âaudiogramâ to their home country. The studio love child of Cosmic Gate and fellow German production wunderkind Jerome Isma-Ae, the result is endemically Teutonic, and smartly channels the countryâs earliest electronic music origins. A thrilling piece of retro-future-ism, standby for this yearâs Electronic Family festival anthem: âTelefunkenâ.

Plug in the valves, charge the electrics and flip that power button: the extraordinary âTelefunkenâs about to seize 2014âs airwaves. A referential ode to the Telefunken Corporation - Germanyâs pioneering radio manufacturer, musically its every bit as much a knowing nod to the countryâs single most influential electronic music act.

Ready to seal the feel of Julyâs Electronic Family (and dozens of other festivals besides), the decade-warping âTelefunkenâ is out today.
Like Edit