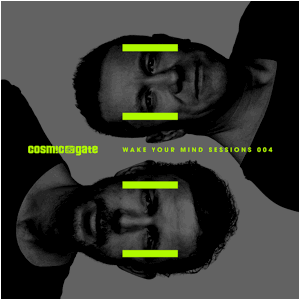 So #WYMS had to time-out for a year, but fast-forward twelve months and Nic & Bossi are (more than!) ready to make amends. Outside of club engagements, remixing Arminâs âSomething Realâ and releasing their âYour Mindâ single, theyâve spent the last few months shaping an exceptional, block-busting and potentially series-beating fourth edition.

While there are sonic riches aplenty on board, first thingâs first, that most critical of release dates for your diary: May 1 is the day, folks - so mark it!

Now as those âin-the-knowâ, know, thereâs your âdrag & dropâ comps and then thereâs your higher-achieving, super-evolved, labour of love music compilation albums. âWake Your Mind Sessions (itâll come as no surprise to learn!) is very much the latter. Combining the latest ânâ finest from some of the worldâs foremost producers (Armin, Above & Beyond, Grum, Spencer Brown, Genix and others), it also ups its track ante with music plucked desk-hot from the studios of CGâs most dependablesâ. Itâs also the premiere point for their own purpose-built creations and new Wake Your Minds Records signings - all of which are hand mixed to dual-disc perfection.