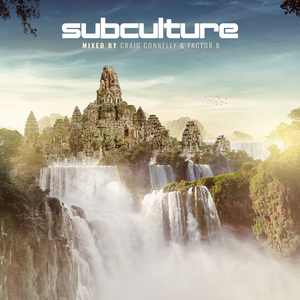 Delivering trance textures to suit a spectrum of tastes (melodic, tech, tough and uplifting among em!), âSubcultureâ assembles the finest summer â19 has to offer.

Factor B assumes the controls for âSubcultureâs second disc and â with his Anti-Gravity Intro Mix of âStardust Symphonyâ - delivers the most epically sweeping of scene-setters. From there Brendan lines up his own âAnything [For You]â, as well as the Cat Martin sung âCrashing Overâ, his spring 2019 instrumentals âAlphaâ & âTouchâ and the Thrillseekers paired âInto The Last Lightâ.

The perfect compound of artist and label identities, musically, what goes up no longer has to come down!
Buy Like Edit