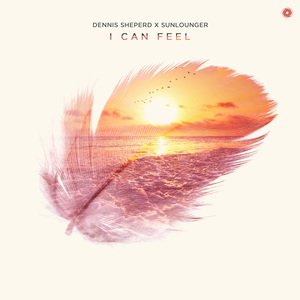 Description
Following its announcement earlier in the month, Dennis Sheperd wastes no time in opening the singles account for his forthcoming âFind The Sunriseâ album. âI Can Feelâ is the first release to studio-unite Dennis with fellow countrymen Roger âSunloungerâ Shah with a track thatâs a classic two-hander created by artists with their own individual sounds, and a clear appreciation of each otherâs.

On first spin itâs not hard to see who is bringing what to âI Can Feelâs composition. The prowl of its moody bass, its techily-riding percussion and analogue sub-synths have Dennisâs underground-inclined fingerprints all over them. The Balearic longing of its Med-headed drop and the wistful yen of its Shah-leaning song meanwhile are all inherently Roger.

If indeed âI Can Feelâ already has a degree of familiarity about it, itâs for good reason. In its original Chillout form, the track sent a subtle but meaningful ripple across trance musicâs pond when it was debuted in the closing moments of âIn Search Of Sunrise 16â. Dennisâs grand plan was always to advance it into a more energized form and here the pair deliver a peak season postcard thatâs big on cool grooves, beach feels and summer-sway!
Something thatâll resonate strongly with fans from both quarters, whilst drawing yet more to its flame.
Buy Like Edit