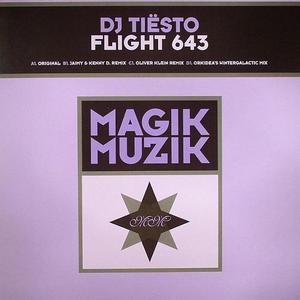 Description
"Flight 643" is a single which appeared in DJ TiÃ«sto's first album, In My Memory. In 2001 it was included as a B-side of "Urban Train", later released as an A-Side single. In 2006 it became B-side of "Lethal Industry" as a remix by Richard Durand. The song had great success that it was adapted with vocals by Suzanne Palmer in 2002, it was also released as a single and titled "643 (Love's on Fire)". The name Flight 643 is derived from KLM Royal Dutch Airlines flight number KL643, which is a non-stop service between Amsterdam and New York JFK.
Like
Members who like this Release
Edit