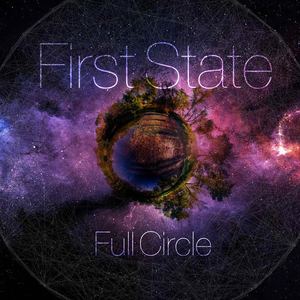 Description
In a comparatively short time frame Hollandâs Sander van der Waal released his debut album on In Trance We Trance, before changing lanes for the new creative aesthetic of its Magik Muzik follow-up. Now, in 2014, he completes that initial three-album arc with âFull Circleâ. For this new long-player, the spectrum of Van der Waalâs compound sound becomes ever yet more expansive. Frequency hopping across genre bands - often inside the confines of a single track, it beguiles the audiophile by exploring the EDM route less travelled. The only predictable feature of âFull Circleâ is its entire lack of predictability!

Also along for this sonic ride, heâs brought many a standout vocalist, to the album, with performances by international singer-songwriters including Eric Lumiere, Sarah Howells, Relyk, Tyler Sherritt and others. Never knowing exactly whatâs around the corner has rarely provided such a thrall-ish, edge-of-the-seat type listening experience!

On the release of his third album, Sander stated: ââFull Circleâ represents my journey as an artist and song composer, as I feel this album stands for the completion of an era and my development as an artist. With this album Iâve followed my heart and some songs took days while others took weeks or sometimes even months. Even though an album is never finished for a producer until it leaves itâs studio, the same goes for a circle as it has no beginning nor and ending.â

Further in, Sander reunites with the first of several âChanging Lanesâ vocal alumni. Paper Aeroplanes front-woman Sarah Howells brings first vocal anthemia to âSkies On Fireâ, and further in laments the loss of a love supreme on the TKO of âSeeing Starsâ. Her acoustics initially come accompanied by flecked guitar and pianoforte, before Sander roguishly diverts and subverts them, rolling the snares and space-shot synth lines in underneath.
Another âChanging Lanesâ returnee is songstress Kyler âRelykâ England, who etches her soulful burn onto First Stateâs 3rd. Last heard ruling on TiÃ«stoâs âTake Meâ in 2013, she brings her tones and inescapably catchy and empathetic lyrics to âTake The Fallâ, as Sander stokes the production engine with trance-fired synthery.

Elsewhere Y chromosome vocalists are every bit as well represented. Across a deuce of tracks, US singer/songwriter Tyler Sherritt further broadens âFull Circleâs vocal spread with some indie-rock elements and edges. Introspection, vocal contemplation and lyrical existentialism are quick to hand on âMazeâ and âIâll Never Dieâ. Just as fine is the floor illumination of âGlowâ, which features the vocals and lyrics of Eric âAnthemâ/âLove Will Bring It Back Aroundâ Lumiere.

Drawing on sonic stylistic influences and inspirations from dance music and way, way beyond, âFull Circleâ brings a new track collection-come-expedition that through eclectic, amazing tangents and curves, grips the attention from primary beat to terminal point. Itâs out March 3rd through Magik Muzik.
Like Edit