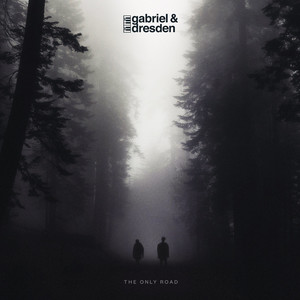 Gabriel & Dresden - The Only Road

Description
While some musicians retire just to get back in the game some five years later, other retirements require a lot more pushing and shoving to get over.

Progressive house duo Gabriel & Dresden has been silent for 11 years. In fact, the pair has only ever released one true LP, a self-titled debut that helped push Gabriel & Dresden to win back-to-back "Best American DJ" awards from the International Dance Music Awards in 2006 and 2007. In 2008, the duo called it quits following its performances at Miami's Winter Music Conference. The scene was changing, and so were the friends as individuals and artists. They sought the solo path separately, but the love of their fans called them back into the studio nearly a decade later.

Studio sessions and other recording expenses were covered by a Kickstarter campaign. The duo originally asked for $30,000 as a gauge of interest. It ended up raising $73,000 from 700 backers, with rewards ranging from production credits to signed CDs, and even a four-hour house party wherever the rewarded fans chose.

âWe didn't just make this record for us, we made it for all of the people that had faith in our music," the duo says in a joint statement. "For us, it isnât just an album -- itâs our soundtrack of the past 11 years -- the beautiful, the ugly, the melancholy and the hopeful. Itâs something weâre proud to share, because it represents who we are and the long road we traveled to get here, or should we say... the only road.â