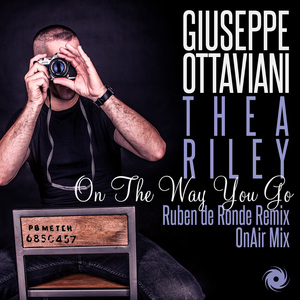 Giuseppe Ottaviani feat. Thea Riley - On The Way You Go

Description
One of the numerous track-gems contained within Giuseppeâs âALMAâ album trove, âOn The Way You Goâ jumps back into focus this month. Spurred by two new interpretations from Statement! honcho Ruben de Ronde and the man himself, the track receives its single-release stripes today.

With a wistfully longing song (written and performed by Thea Riley) at its core, âOn The Wayâs album original brought a wonderful complexion of shimmering air-spun melodies, backed by a more composed tempo. Through one of his trademark OnAir uprocks, Giuseppe passes those elements through a markedly different lens. Pace, bass and beat collectively throw their shoulders to its wheel, while âOn The Wayâs harmonies are allowed to soar higher and curve further.

Ruben de Ronde checks the tempo a touch, while deepening the drumsâ resound and drawing out its drops. Adding extra dynamic effect, its acidic churn quickly translates into dancefloor burn, as Theaâs vocal is infectiously looped and chopped throughout.
Buy Like Edit