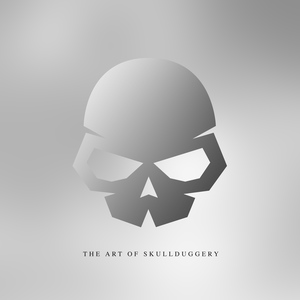 For the better part of three years now Skullduggeryâs been making moves within trance, but the (less than!) shadowy figure behind it has been force for many moons more. Looking to bring something new to genreâs fore, in 2015 he convened a group of talented studio souls to form its label core. Rising higher with every release, the collective waves made have been felt scene-wide ever since.

Now, chief Skull Greg Downey has gotten together with Stoneface & Terminal - the labelâs most illustrious signing - to portrait the imprint through the âThe Art Of Skulduggeryâ.

Out this March, Skullduggeryâs music and inspirations, past, present and - most vividly â future are laid out across an irrepressibly fine deuce of mixcomp discs. Featuring music & remixes from a roll call of the gifted (by way of example: Paul van Dyk, Richard Durand, Lostly, Will Atkinson, Liam Wilson, Ferry Tayle, Activa, Project 8), it also includes much new matter from the labelâs bedrock. None more so though than the main protagonists themselves, with Greg, Henry and Matthi drawing on a wealth of studio-fresh productions to outline Skulduggeryâs Art in no uncertain terms.