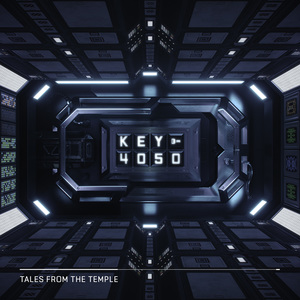 Fourteen months after that first performance however 4050âs key is finally starting to turn. The moment some thought might never happenâ¦ is. Through the âTales From The Templeâ album John & Bryan are prepped to release all that set-jet fuel en masse.

Blazing the path for the release of an entire 32-track arsenalâs worth of material on Feb 15, the first music to be made officially available from the pairâs union arrives today. Four of the duoâs festival flamers (âUtterly Butterlyâ, âBirchâ, âFinkle und Einhornâ and âThe Truthâ) are available now through Spotify and as pre-order Instant Grats.

If youâve seen Key4050 first-hand, youâll know the type of pressure thatâs on the rise here. If not, well this quad will put you in the no-uncertain-terms picture. A compression of carnivorous bass, drum march, staccato percussion and techno-tenacity, pinning together polygraph-tense drops and all wrapped up with their HD studio work, Key4050âs output is energy redefined.

And the fine release news doesnât end there even. If the aforementioned has you foaming at the mouth for more, well the first official Key4050 single hits stores but a week later. A narcotic, psychotropic passage to tech-tranceâs outer limits; âBeetlejuiceâ drops Feb 1.
Buy Like Edit