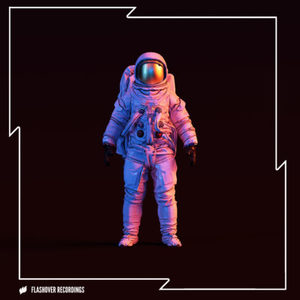 Description
Ferry Corsten once again displays his diversity and willingness to think outside the box, joining forces with Kristian Nairn to provide a fresh new take on Ferryâs standout classic Moonman anthem, âGalaxiaâ, that will have fans lost for words. Kristian Nairn, a face familiar to fans of the blockbuster series A Game of Thrones for his part as fan-favourite Hodor, has been carving out his own name in the electronic music world via his hit Rave of Thrones event series and progressive-leaning productions, and both artists distinct styles marry to perfection to retain the distinctive elements of âGalaxiaâ while bringing it firmly into 2019.

Introducing the standout elements synonymous with the original early on, the heavily delayed melody kicks off proceedings along with a repetitive note which gives the track its groove and works to drive the track forward, joined quickly by a warm pad that provides the perfect soundbed for the track, working within the harmonic framework of the original but cranking the production values to incorporate unmistakably fresh sounding synth work. This is highlighted by the main breakdown, which sees the pad replaced by a piano accompaniment, while the synth melodies open up their envelope to present the track in all its anthemic glory.

After a string of fine releases via a combination of solo productionsâ and more recently his highly-lauded collaboration with BT, â1997â, released last month as part of Ferryâs UNITY project and following on from high profile team-ups with the likes of Ilan Bluestone and Paul Oakenfold, he
now steps into the ring to waste no time.

Speaking on the track, Kristian Nairn commented âGalaxia is one of the favourite tracks from my early days of clubbing.Â  Naturally, when I got the chance to work with Ferry on it, I jumped on it.Â  I tried to keep the warm feel of the track and come at it with my own melodies â

On reworking Galaxia, Ferry said â'I never thought that Galaxia would've had such a long span over the years when I first released it under Moonman but it still seems to resonate. I'm very happy to see everyone still remembers the track and it feels great to bring Kristian on board to freshen it upâ.
Buy Like Edit