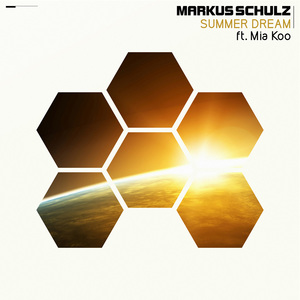 Description
Back in early June, Markus Schulz fired the starting gun for sun-season with his single âSummer Dreamâ. Taken from his critically praised 2016 âWatch The Worldâ album, it saw him lyrically collabâing with eminently talented, LA/NY-shuttling songstress Mia Koo. Now, in some spectacular remix form, âDreamâs back and putting a fitting final flourish to the summer.

From its Original Album Mix, Markus has worked âSummer Dreamâ up into a much requested/now-delivered-on Extended Mix. Additionally, young guns Anske and Jayceeoh contribute new perspectives to the track, which take it club-places far & wide.

Since his âEpika E.P.â debuted on Coldharbour in February, Andrius âAnskeâ Anskinasâ star has been firmly in ascension. The Ukrainian producer boxes clever with his rework, managing at once to bring the remix package a red-blooded trance variation, while retaining the quixotic essence of âDreamâs original themes.

On the writing and production of âSummer Dreamâ, Markus said: "For every memorable festival there is the unforgettable journey to get there. This song is about that bonding adventure, leaving everything behind. "You and Me together, we chase this dream foreverâ¦ Above the clouds, itâs a perfect view". Whether itâs driving to Coachella, EDC or any other festival, this track is a soundtrack for that experience".
Like Edit