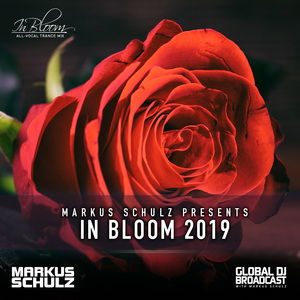 Description
The briefest of glances outside your window will tell you all you need to know on the âis spring/isnât spring here?â question. Should you still need convincing however, hereâs Markus Schulz to make it empirical. Out of the dark, into the light, through his annual Global DJ Broadcast In Bloom show, spring mainlines.

One of his GDJB quarterly specials (the Sunrise set, the Afterdark Edition and the Classic Showcase making up the others), In Bloom turns up the contrast on vocal-centric trance. Picking the freshest, choicest cuts from the current, recent and close horizon crop, Markus - in typically masterful form - has weaved them into two hours of dazzlingly fine music.

Maximum access assured for 2019, for the first time this year âIn Bloomâs also been given the full official Spotify treatment. Following its recent premiere on GDJB, you can access the entire two-hour run of the mix through the platform here (https://spoti.fi/2YKitnd) from today.

Befitting the mixâs profile, youâll find the tones of many of tranceâs most lyrically adept and emotionally charged summoning that In Bloom esprit. Emma Hewitt, Christina Novelli, Adina Butar, HALIENE, Justine Suissa, Nikki Flores and Mia Koo are just some of those behind the mic, whilst male voices like Richard Bedford, Josh Gabriel and Christian Burns are well represented too.

Backing them in the studio, well it might be quicker to tell you whoâs not on the list! To give you some idea though Armin, Above & Beyond, Ferry Corsten, Cosmic Gate, Giuseppe Ottaviani, Gabriel & Dresden and ATB are just some of those adding their production punch to the mix.

Sure enough Markus has applied much of his own latest and forthcomings too. âWe Are the Lightâ - the Nikki Flores-sung title track from his latest album makes an early appearance, as does recent ATB-collab, âHeartbeatâ. Rounding out the first hour is current single âThe Dreamersâ (naturally in its In Bloom mix form!), with Daxsonâs new treatment of Markus & Adina Butarâs âBreathe Me To Lifeâ a vanguard to the second. Markusâs daisy-fresh spin on Dash Berlin/Emma Hewitt anthem âWaitingâ also get an airing, as does Johan Gielenâs rebuild of Schulzâs own âPerceptionâ classic. Reserving In Bloomâs most emotionally carrying moments to its last, Markus fittingly bestows final track honours to his and HALIENEâs forthcoming interpretation of âAve Mariaâ.

A mix that masterfully lifts every voice to divine the essence of the season into two breathtaking hours - In Bloomâs all-vocal, all trance, all spring and all here!
Buy Like Edit