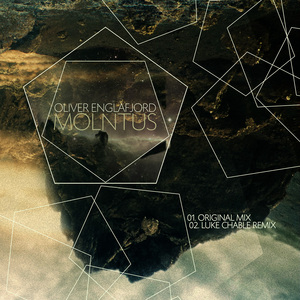 Description
Thereâs a top-flight producer behind the alias (or some might say behind the living, breathing, about-to-start-touring alter-ego) of Oliver Englafjord.

The projectâs been in process for half a decade, making his identity one of the worst kept secrets in electronic music. So, save you breaking off on a web hunt, weâll clue you in now that âOliver Englafjordâ comes from the deeper recesses of Swede-star Marcus SchÃ¶ssowâs production mind.

Telling you what type of sonics are on offer on âMolntusâ â or indeed any of Oliver Englafjord upcoming singles is a less straightforward affair. No âgenrelizationsâ here, all made nice & easy too, because â as youâll soon find â no established category exists. Itâs unlike anything SchÃ¶ssowâs done before.

So what should you expect? Well for starters, absolute theatre, with end-to-end cinematics and quantum audio drama (of the mellow & melo & varieties). Somewhere between high concept and avant-garde / art-house, âMolntusâ sits. Unless youâre Icelandic, the meanings of Oliverâs dreamlike vocal reflexions (that accompany its music) are only revealed when viewing its extraordinary time-lapse accompanying its video (here).

If Oliverâs music has its year-zero anywhere, it may be in the multifarious drip-fed upper atmosphere of Sasha & Digweedâs âNorthern Exposureâ albums. Channelling to a natural conclusion, Oliver had chased down a now rarer-than-rare remix from progressive house luminary Luke Chable. The Australian has re-envisioned âMolntusâ as a heads-down, smoke ânâ strobes-on, bass-loaded flo0r-duster â once heard, categorically not forgotten.

Be in no doubt, after 5 years, Oliver Englafjord is here. Question is, what are you going to do about it?
Like Edit