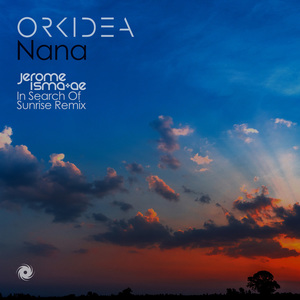 Description
Some remixes are really just that good. A mainstay of a number of DJs sets a full 365 after its original release, âNanaâs come to be regarded as one of Jerome Isma-Aeâs finest. Despite its reception and enduring appeal, the German musicianâs always felt a touch of âunfinished businessâ about his 2016 work on Orkideaâs contemporary classic. There was however no logical reason to return to it.

Until this summer that is, when Jerome and Orkideaâs schedules synched for a second time. This time it was as co-mixers, laying the groundwork for the fifteenth âIn Search Of Sunriseâ compilation. So - carpe diem - Jerome grab the opportunity to go back to âNanaâ and in a decidedly ISOS state of mind (and for the final track of his mix) retool it.

If Jeromeâs previous work on the track had a primary trait, it was probably âpumpâ! Three years on he supplants that with another as-significant element. Channelling In Search Of Sunriseâs inimitable character to the fullest degree, he pays even greater studio service to âNanaâs atmospheres.

Reining in its tempo considerably, he drops its bass frequencies further and refining out its percussion. Adding extra reverb & effect to its Afro-centric vocal, he aligns its ethers with the equator, setting up a break-of-dawn future anthem. âUpdateâ, âremix-of-a-remixâ, âlabour of loveâ â however you want to tag it, the musical alchemyâs been re-harnessed, and today âNanaâ rides again.
Buy Like Edit