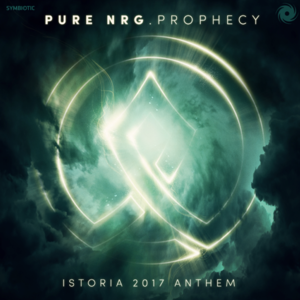 Description
Of late, Rich Solarstone & Giuseppe Ottaviani have been having knocking down those debut âfirstsâ like ninepins. When theyâve not been title-checking Hollywood a-listers (ala âScarlettâ), theyâve been receiving sanction to cover the work of OSCAR winning composers (âSecret Of The Saharaâ). Their first official remix - Marmionâs immortal SchÃ¶neberg - found (says DJMag) âthe perfect balance between the classic and newâ and now - with only their fifth release, the Pure NRG boys deliver on their first event anthem.

Said event is Istoria â Australiaâs latest arena-sized trance blazer, which is poised to take Sydney & Melbourne by storm in March. Premiered at the end of Jan by Armin, as an artist cloaked ID-er on ASOT800, forum supposition aplenty swirled around the identity of its producer/s. Given the extreme energy levels âProphecyâs kicking out though, the speculators werenât short of clues!

Through its marching drums, bold tempo and staccato percussion lines, it immediately declares its floor intent. Knuckling down with tense sub-riffs and crowd-rousing whoops, the track latterly expands with long, fluid melodic riffs, answered by shorter techier ones.
Buy Like
Members who like this Release
Edit