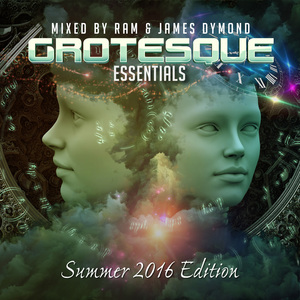 Thatâs really just for starters though. Amplifying the star-wattage no end is plenty from tranceâs Class of Tomorrow. Mix-mainlining it your way are the latest studio strikes from Will Atkinson, Sneijder, The Noble Six, Daniel Skyver, UCast, Craig Connelly, Indecent Noise, A.R.D.I., Adam Ellis and a dozen others besides.

At the wheelhouse and charting the course through all this sonic finery is, of course, that unstoppable force of trance nature, the man with the masterplan, Captain Grotesque himself, RAM.For this Summer edition, heâs enlisted Grotesque master-at-arms and all round rank-riser James Dymond to co-mix the album with him.

Fast, pumping, atmospheric, emotional, uplifting and epically mixed to perfection, the spectrum sound of Grotesque is back and ready to push summerâs mercury just that extra bit higher!

Grotesque, as any switched-on/tuned-in/tranced-up party-head knows, has pivoted from being the purveyors of some rather fine boutique trance events to one of middle-Europeâs most rapidly expanding music brands. Itâs spawned record labels, given birth to radio shows, orchestrated arena-sized blowouts, hosted festival stages and - most recently â landed on Ibizan shores.

32 2016 hot season âEssentialsâ, all on one album and expertly mixed by two of the sceneâs most exciting decktitions. Summer just went supernova!
Like Edit