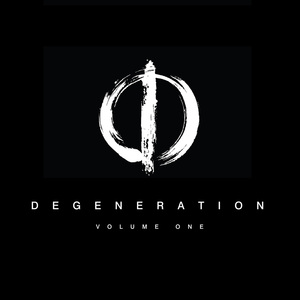 Description
Trance veteran and diverse studio master craftsman Sean Tyas announces the release of his debut artist album âDegenerationâ. This fresh multifaceted collection of music will be released throughout 2015 on a series of EPs that will precede a full-length album package set to include exclusive remixes and bonus tracks, which will hit shops in early 2016.

âVolume Oneâ showcases the incredible abilities of this prolific and highly respected producer who refuses to be categorised as just another trance DJ.

Of course with Trance being a focal passion the EP begins with a powerful, driving, tech workout in the form of âWay Down in Mexicoâ that will surely leave 140 fans foaming at the mouth. But to follow are two alternative takes on the Degenerate attitude â with the razor sharp, energetic breaks number âSwarmâ and aptly titled afterhours techno workhorse â9amâ.

âDegenerationâ is the soundtrack Degenerates worldwide have been waiting for. A noir audio backdrop to an intoxicating story that will seduce and engulf all those who follow.
Buy Like Edit