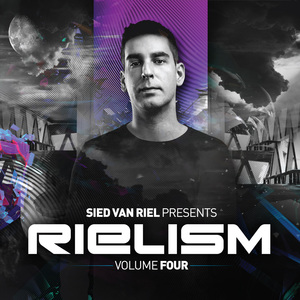 Reflecting the growth of the label, Sied expands the âRielismâ program to its natural conclusion. Featuring 55 tracks (95% of which are sourced from Rielism Recs), itâs become - for the first time - a triple mix release. Naturally, it includes work from many a known-name studio-operator, with Richard Durand, Misja Helsloot, Midway, Cold Blue, Robert Nickson and Arctic Moon just a few of the frontline producers channelling music into its system. This album though is every bit as much about introducing tomorrowâs trance stars today. Respectively, you can also expect a wealth-of from currently-making-waves acts like Nikolauss, Type 41, Black XS, Perrelli & Mankoff, Sam Laxton, Fredd Moz and a small army of others.

Whether your trance partiality be tech, uplifting, tough or flat-out hard, hey, âRielism 4âs got your back!!

On bringing this fourth dose of âRielismâ to fans, Sied said: âNot for nothing is âRielism 4â arriving a year âoverdueâ. Instead of contacting the establishment and getting music that would already be released before the compilation was out, I went on a truly epic hunt for music. Alongside Rielismâs label manager, we signed over 60 tracks from some of the worldâs brightest talents, many of which youâll hear on this compilation. It took me well over 7 months to compile and an additional 2 or more to create and finalize its mixes. In terms of comparable experiences though, Iâve not had a more enjoyable or fulfilling one. Hopefully people listening to âRielism 4â will enjoy taking the journey, as much as I did in creating it.â

âRielismâ by name, realism by nature - this album is the very embodiment of Siedâs behind the decks experience. Long story short: it doesnât get any more Riel than this!!
Buy Like
Members who like this Release
Edit