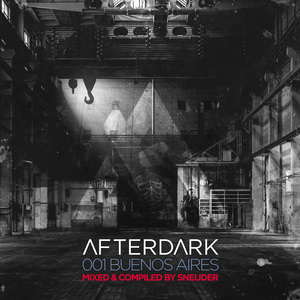 Description
You want it harder, faster and way, way louder?!! Then youâre gonna want it Sneijder, and youâre definitely gonna want it served up live from Buenos Aires!

Turn the dial up to eleven and assume that brace position for an hour & twenty of the Irish maverick captured in his slamming full-flight element in the Argentine capital. Every fader flip, FX knob crank, pitch warp, bass boom and resultant crowd whoop ânâ cheer coded real-time, raw, uncut and underground and mainlining its way to you this very month!

A man always on point, this is trance music served with more extra-shots than you can count and maxed out at XXXL! Music from the blunt-force likes of Richard Durand, Bryan Kearney, Alex Di Stefano, David Forbes, Will Rees and others are all whipped combustively into its mix. Bet on plenty from Sneijderâs own personal arsenal too, including his new flaming rework of Lustralâs epic âEverytimeâ!

Cresting towards its midpoint, Sneijder opens up an elevating triptych of his own material. Nick Callaghan elevating, energizing collab âAbsorbâ, âKiller Instinctâ - his Picotto-esque team-up with Bryan Kearney and his freshly-minted update of Lustralâs classic âEverytimeâ keep that mix-mercury climbing.

Richard Durandâs hot-from-the-mixing-desk âLotusâ and one of this yearâs biggest trancers âNeed Youâ from Will Reesâ on Kearnage ensure the euphoric levels are topped off, while David Forbes & Iain Mâs âIntruderâ spin mix-matters back out tech-trance way. Capping the mix off, Sneijder drops his own tech-ily energized deuce âNeutralizeâ and âAwakeningâ, before Bryan Kearney & Deirdre McLaughlin put a final vocally anthemic note to the mix with the empyrean âOpen My Mindâ.
Buy Like Edit