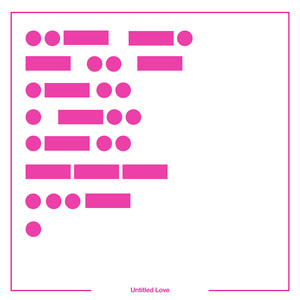 Description
Has Solarstoneâs â.----â album been saving its singles best for its singles last? Well thatâs for you to tell us! Either way, it shouldnât go unsaid that reaction to âUntitled Loveâ potentially marked the track out as a new first among equals for his more eclectic, exploratory side.

That in no small part came through his outreach to Felix Persson & Johanna Berglund, who collectively make up Swedish duo Rabbii. Their enthusiasm-for and expertise-in mixing the melancholic with the electronic is something only matched by Solarstone himself.

Johannaâs song reaches levels of soul-baring honesty, the likes of which are seldom heard in music today. Unflinchingly, her innermost thoughts are expressed as outermost words - the unrequited love nature of which will be lost on few. Unmistakably Scandinavian in tone, she contrasts that openness with a sweetly sung delivery, instilling a wonderfully wonderland-ish haze to âUntitled Loveâ.

Through their studio work, Rich and Felix musically compassion Johannaâs love travail each step of its way. With a near scientific level of detailing, no vocal inference goes unreciprocated, no nuance unequalled.

Serving the track its all important club expansion, Solarstoneâs Nude version began life in March as the no-artist/no-label âL.O.V.E.â promo. The mix found favour with a broad cross-section of DJs, with everyone from Sasha & Digweed, Nick Warren, Tom Peters and Luke Warren to Cevin Fisher, Sandra Collins, Guy Garrett and Anthony Papa giving it an approving nod. A rolling nine-minute odyssey through the deeper regions of trance, its analogue synth lines splice floor power into an all-consuming club revision.
Buy Like Edit