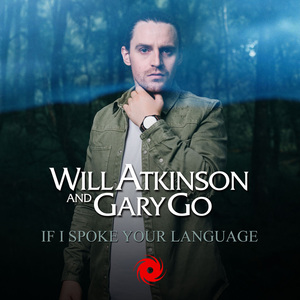 Will Atkinson & Gary Go - If I Spoke Your Language

Description
His âLast Night In Ibizaâ & âBeansâ trailblazers may have sent some early signals, but âIf I Spoke Your Languageâ is the first single to officially come from Will Atkinsonâs debut album.

âIf I Spoke Your Languageâ brings swift perspective to the unbound, uncompromising and â likely â unparalleled experience that the âLast King Of Scotlandâ beholds. The track couples Atkinsonâs unique studio perspectives to those of the equally imaginative words and tones of Gary Go.

âIf I Spoke Your Languageâ was originally primed for Garyâs own 2020 âLove Lost, Freedom Foundâ album, before Willâs manager caught wind of the demo, recognised its floor potential and pulled the necessary strings.
Subsequently Will and the singer/songwriter (whose co-written smashes with Rihanna, Robbie Williams, Kylie and others) have knocked on dance musicâs door with something singular.

Taking Garyâs indie-toned vocal, Will gifts it a far-clubbier-than-originally-intended feel. Allowing no small degree of cinematic drama into its opening minutes, he subsequently rolls in the drums, crafts its bass and beds in Garyâs metaphor-veiled verses. Further in, its chorus gives clarity to âLanguageâs meaning, bringing along with it a certain melancholy. Will offsets that lament with glorious bursts of synth & piano, FX & chord soar, collectively giving it a peak-set profile.