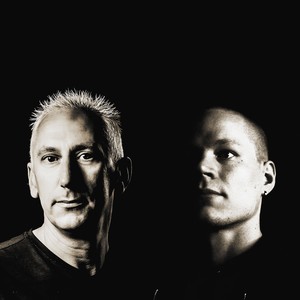 Description
Airscape is the alias of the two famous DJ's and producers Johan Gielen and Sven Maes, the latter worked on the project from 1997 to 2005 while Johan Gielen has been part of it since the beginning in 1992. Johan Gielen was born in Belgium (1968-02-23). At the age of 12 he left his native country for the Netherlands. At the age of 17 he started DJing, for some parties close to where he lived.

In 1995 he started to produce with Sven Maes, one of his friends. Sven was into music very young; inspired by some groups like Depeche Mode, he played some drums until the age of 12. He then got a keyboard, and played as part of a group for several years, until he started working with Johan Gielen.

Sven Maes left Airscape in 2005 leaving the project in a hiatus. Johan Gielen and Ben Huijbregts revived the project in 2009 with the single "My Love" featuring US vocalist Jes Brieden. As of 2016, Peetu Sainio (aka Peetu S) is one half of the Airscape project with Johan Gielen.
Releases
Like
Members who like this Alias
Edit