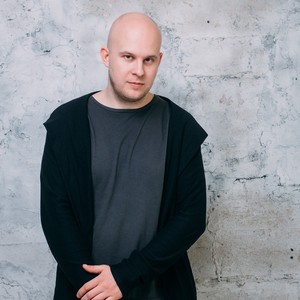 Description
Alexander Popov is taking the lead in the ever-growing league of Russian producers, and heâs been making giant leaps in the electronic dance music game. His music ignites a spark, lights up the room, and brings with it all the energy of a promising future. In the Popov world, the future is now.

Alexander first discovered a passion for music in his early childhood, and he eventually found his way into âthe sceneâ through attending music school. After graduating with honors, he stumbled across a new kind of music: it was the electronic pulse of EDM that piqued his interest. It didnât take long before he started DJing and organizing parties, so of course, the next logical step was to create his very own sounds. As it turns out, he had more than a talent for it.

Several years after his first release, the Russian producer/DJ looks back on a trail of success. Carving out a unique and open-minded sound, he has won the support of the big jocks and the favour of global crowds. Indulging them with the feel-good tunes of âWhen The Sunâ, âMy Worldâ, big-room weapons âElegiaâ and âRevolution In Youâ, a collab with Dash Berlin and remixes for Armin van Buuren and Cosmic Gate, the man has certainly left his mark. 2013 brought the next step: the release of his debut solo album âPersonal Wayâ.

Featuring collaborations with Dash Berlin, Ruben de Ronde, Eximinds, Feel, LTN and singer/songwriters Jonathan Mendelsohn, Susana, Jan Johnston and Kyler England, âPersonal Wayâ is a musical highlight to remember. Itâs an achievement not only for Alexander himself, but first and foremost for the world of electronic music.

The talented producer knows no boundaries, and it seems as though the sky is the limit for the globe-trotting Armada DJ.
Releases
Like
Members who like this Alias
Edit