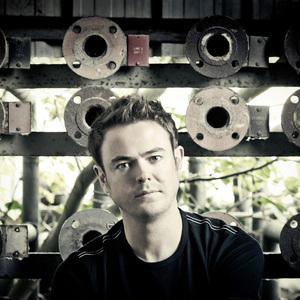 Description
Grammy-award nominated electronic dance music DJ and producer Andy Moor has established a distinct, edgy and creative sound that is completely his own. Highly ranked in the DJ Mag Top 100 for the past 6 years, he was nominated for the DJ Awards in 2009, won âBest Dance Recordâ at the International Dance Music Awards in 2006, and âBest Trance Producerâ and âBest Trance Trackâ in 2004. A highlight of Andyâs illustrious career was his nomination in the âBest Remixed Recordingâ category at the 2008 Grammy Awards for his remix of Deleriumâs âAngelicusâ.

For fifteen years, Moor has been at the forefront of a rapidly evolving music scene, pioneering new sounds and techniques and consistently releasing the finest in progressive and trance.

Exploring his talent early in life, Andy Moor could already play his first piano piece flawlessly at the tender age of 5. By 11, he had accomplished 6 more musical instruments. Two years later he spun his first record and by 21 he was playing to crowds of thousands.

Now owner of the highly respected AVA Recordings record label, host of the âMoor Musicâ podcast and producer & remixer to the stars (past remixes and collaborations have included TiÃ«sto, Above & Beyond, Britney Spears, Avril Lavigne, Paul Oakenfold and others), Andy Moor is set to release his much-anticipated debut album Zero Point One on July 6, 2012.

Packed with 18 original tracks, Zero Point One features collaborations with Meredith Call, Carrie Skipper, Sue McLaren, Betsie Larkin, Ashley Wallbridge, Orkidea and other well-known vocalists and producers. Years in the making, Zero Point One offers a glimpse into the creative process of a self-proclaimed perfectionist.

âI had been writing the album for many years, but as I was nearing the end, I decided to scrap the older tracks and start over with new ones,â says Andy. âSo this version of the album contains tracks made in the last six months, despite the entire process taking years."

From deep, mysterious ambient to melodic trance and vocal melodies, across the spectrum to rocking break beats and the thick bass of progressive, Andy Moor has fused his beloved sound into a complete package of timeless productions. Zero Point One will be available on July 6, 2012 on Armada/AVA Recordings and will leave fans craving even âMoorâ music from one of the most influential figures in today's electronic music industry.
Releases
Like
Members who like this Alias
Edit