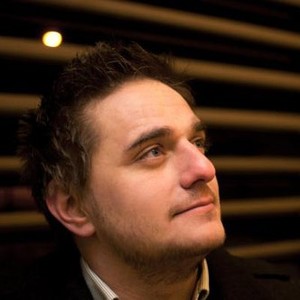 Description
Romanian born producer Petrisor Dima aka Anhken, is relatively new to the Trance scene and yet he has had an incredible impact in only a short space of time. Discovered by John Grant (Above and Beyond), he makes a good entry, by signing his first track 'First Division' with Anjunabeats, and that's really what it got him started.

His next productions received good reviews worldwide and so far, Anhken's tracks and remixes got significant support from great dj's, such as: Above and Beyond, Dj Tiesto , Armin van Buuren, Ferry Corsten , Matt Darey, Marcus Schultz and Pete Tong. His bootleg remix of a Romanian track (Sistem feat. Stella - Soare (Anhken Remix)) was a world premiere, being the first track with Romanian lyrics that's ever been played by Tiesto and Matt Darey in their radio shows. After only one play, his last release on Anjunabeats (Anhken - Transport) instantly became the Record of the Week & Web Vote Winner on Above & Beyond's "Trance Around The World" radio show.

Trying to expand his horizons he produces 2 experimental tracks, 'Guarantee Void' and 'One Like Me', tracks identified by the one and only Pete Tong and signed to his record label 'Bedroom Bedlam'. Both tracks were featured on Pete Tong's tv show Fast Trax and 'One Like Me' was voted as the Bedroom Bedlam Winner.

Anhken's main focus is music production but he's now starting to focus on his mixing career. As a Dj he makes his debut on Tiesto's 'Club Life' radio show being the first Romanian artist who played on his '15 Minutes of Fame', and the first Romanian invited to do guest mixes for Above & Beyond's "Trance Around The World 'and Matt Darey's 'Nocturnal'.

Anhken's track 'Always Look Back' features on Armin van Buuren's mix compilation album called 'A State Of Trance 2011'.
Releases
Like
Members who like this Alias
Edit