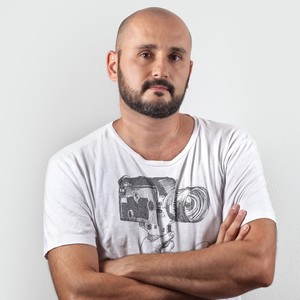 Description
Haris Vasiloglou better known as the man behind the name âBasil OâGlueâ is producer, dj, radio host and label co-owner of Saturate Audio. He is considered without any doubts to be the Greek leader of the dark underground progressive trance sound. According to him this branch of trance is closer to the very essence of what trance music is all about.

Born and raised in the cultural city of Athens and now based in Northern Greece away from the cosmopolitan environment and the big city lights, Basil OâGlue crafts his unforgettable dark and mysterious trance journeys. He was exposed from his very early years on indie dance bands as The Prodigy & The Chemical Brothers. He felt very soon the urge to produce his own electronic dance music with some amateur software. From those years of experimentation to 2014 Basil O'Glue as a result of his devotion, hard work and endless days and sleepless nights established himself as one of the most influential trance producer of his generation.
He manage track after track to build a global loyal following with releases on well known labels like Coldharbour recordings, Afterglow records, Black Hole recordings, Armada Music to name just a few. His music is supported by well known djs like Markus Schulz who has included on his excellent compilations many Basil OâGlue tracks, Armin van Buuren with plays in his radio show ASOT, Ferry Corsten, Max Graham and many more.

Because of his productions, the popular demand for him grow and has helped him considerably to get bookings in well known events like the Luminosity Beach Festival in The Netherlands and in countries like Canada and Greece of course.
His podcast âMomentumâ is followed by thousands of listeners who enjoy his mixing skills and eclectic taste in trance music that is evident in every show.
Basil O'Glue is definitely not the dj who will play the obvious big tunes. Instead he stays faithful on being an ambassador of the dark trippy trance sound. In order to support new talents that produce that dark trance sound he started along with Styller from Slovakia the globally known record label Saturate Audio in 2013. Every single release of the label climbs at the top of the well known download shops like beatport and many superstar djs include Saturate Audio tracks in their radio shows and dj sets.

Basil O'Glue is 100% focused on what he wants to achieve and every single step in his career helped him to climb even higher on the ladder. If you feel love, passion and addiction to the deep dark trance sound follow Basil O'Glue productions, dj sets, radio shows and Saturate Audio releases. One thing is for sure, Basil O Glue will never let his fans down.
Releases
Like Edit