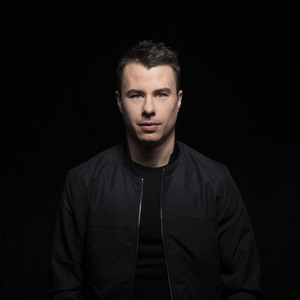 Description
Ben Gold has forged a formidable reputation as one of the most innovative, accomplished and prolific producers in the trance scene today.

May 2018 saw Ben Gold lay down the most significant marker in his career to date with the release of his eagerly anticipated debut artist album 'Sound Advice Chapter 1' on Armada Music. Featuring standout tracks including 'There Will Be Angels' (feat. Audrey Gallagher), 'Stay' (feat. Sivan) and future anthems such as 'New Republic' and 'The Conquest (with Omnia), combined Spotify plays for 'Sound Advice' are about to hit one million streams just weeks after release, evidence that trance music is alive and thriving in the mainstream when it's delivered by luminaries such as Ben.

Ben Gold has built his profile and reputation upon solid foundations having notched up numerous notable achievements throughout his career. In 2016 his track 'I'm In A State Of Trance' was voted by an audience of millions on Armin van Buuren's A State Of Trance radio show as the official anthem for the ASOT 750 landmark events, making it one of the biggest hits of the year, racking up over 2.5 million Spotify plays to date and getting a late 2018 re-boot and re-release courtesy of the Tempo Giusto remix.

Universally recognised by peers and fans alike as a leading producer in the trance genre, Ben is renowned for his mesmerising melodies and dancefloor friendly arrangements. He's been called upon to remix tracks for famous artists including Armin van Buuren, Cosmic Gate, W&W, Gareth Emery, Andrew Rayel, Omnia and more, while his epic remake of the classic Marcel Woods 'Cherry Blossom' was another massive hit at the turn of 2016.

Ben made earlier significant breakthroughs with high profile singles on Gareth Emery's Garuda label and his own Goldrush imprint including the runway success 'All Or Nothing' with Christina Novelli which dominated the #1 position on the Beatport sales charts. It was a natural progression for Ben to then sign up exclusively with global powerhouse Armada Music (who dubbed him "The future of trance music") in 2016 to release on their scene leading imprints such as A State Of Trance, Armind and Who's Afraid Of 138.

As an undisputed leading music maker in trance, Ben Gold has developed a loyal global fanbase which has translated into a DJ tour schedule that's comparable to any of the leading lights in the scene today. Anyone who's witnessed a Ben Gold DJ set will testify that he's in the top tier of performers from behind the DJ decks too, taking his dynamic and in-demand sounds and using his deeper musical knowledge and natural connection with those out on the dancefloor to deliver standout sets that are both electrifying and inspiring.

Ben Gold has graced many of the biggest festival stages on the planet such as Tomorrowland, Ultra Miami, A State Of Trance, Creamfields and Dreamstate, while he's equally at home rocking more intimate club venues for the trance purists. Summer 2019 sees him play at leading festivals around Europe such as Untold Romania, Electronic Family Netherlands and EDMania Slovakia, plus leading club brands like Ministry Of Sound London and Hi Ibiza, while in North America he can be found rocking major festivals such as ASOT Mexico, AIM Canada and A-list club brands Avalon LA. Circus Montreal.

Always an artist looking to push new boundaries, Ben Gold unveiled an exciting new project together with Omnia at the start of 2019 - FUTURECODE. With a series of singles signed to Armada Music, the duo made their live debut as FUTURECODE on the biggest trance stage in the annual clubbing calendar - the 17,000 main stage at ASOT 900 in Utrecht in February. With further festival and club shows confirmed across Europe, North America and Asia, the FUTURECODE project is on a roll.
Releases
Like
Members who like this Alias
Edit