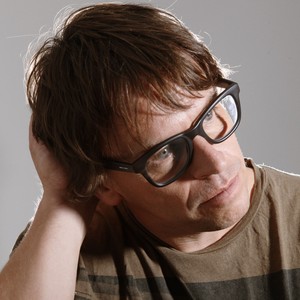 Description
In any other language apart from Chicane-speak, Nick Bracegirdle is Chicane. He is from Chalfont St. Giles and likes to snowboard and drive insanely fast â within the constraints of the law, of course! For a man addicted to some hair raising pursuits, itâs a more chilled side of his character that has brought him notoriety; he has written and produced some of the most enduring and haunting trance tunes of the last decade; Offshore, Halcyon, Donât Give Up, Stoned in Love, Saltwater, Middledistancerunner. The list could go on for quite a while but resting on his laurels is not a Nick thing. Pushing the concept of Chicane can sometimes feel to his fans, a strange thing to do (if it ainât broke donât fix it, right!), but for Nick this is an obsession. âSlowly, I learned that I was Chicane, and what I brought to any song, or project, was to put my coat, if you like, over its shoulders.â

Chicane tracks get under your skin, they don't force themselves upon you. âWhen âDonât Give Upâ first appeared, I remember seeing the band at a London show, there was a stonewall refusal to dance, six months later the track was a Chicane anthem.â People have anchored life memories to Chicane songs.
And long may that tradition continue.

Chicane albums feature musical fusions, much as; Icelandic band Vigri, singer Kate Welsh and rapper Aggi Dukes. Indeed, collaborations are something that Chicane is known for. Sir Tom Jones, Bryan Adams, Natasha Bedingfield, Adam Young, Steve Edwards, Duane Harden are a few of the very diverse
people that have worked with Chicane. Blending styles and erasing boundaries is one of Chicaneâs favourite strategies, witnessing the many cross-over records on his latest collection of sounds.

Most recently, the 2000 album of âBehind The Sunâ was remastered and re-released on Armada Music, including a brand new version of Bryan Adams collaboration, âDonât Give Upâ.

The expression âhot off the heelsâ does not apply when talking about the timing of Chicane albums. The tracks are crafted, caressed and encouraged into shape, and that takes time, however.....

Itâs been twenty years since âOffshoreâ became the default setting of trance, resonating and infiltrating everyoneâs lives, but that DNA has evolved, no less original, and no less addictive; Nick shows that the Chicane spark really is alive and well.
Releases
Like Edit