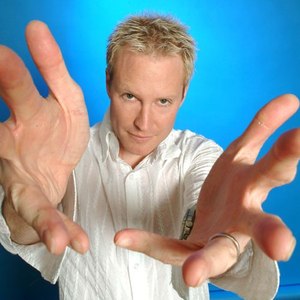 Description
Voted the #4 DJ in the World by DJ Magazine's prestigious 'Top 100' poll for 2006, Christopher Lawrence is recognized worldwide as one of the World's top DJs and producers. Dubbed "A Superstar DJ" by the US's URB and "One Of The Most Popular DJs On The Global Circuit" by DJ Magazine, Christopher Lawrence is one of the biggest, most respected and popular names in dance music today. Once an outsider in a world dominated by European and UK DJs, Christopher has risen to the top of the international dance music heap. He is now considered one of the key global players and America's leading dance music export, playing his tough techno trance sets main stage at the world's biggest festivals and superclubs.

Over the past few years, Christopher has received numerous awards and accolades. Winner of "Best American DJ" at the IDMA's and named the #3 Trance DJ in the World by BPM Magazine's 'America's Favorite DJ' poll for 2006, Christopher is also a recent recipient of the "Best DJ" at both the Dancestar US Awards and Los Angeles Music Awards. Christopher has additionally been nominated in Dancestar UK Awards, DJ Awards, International Trance Awards, Global DJ Mix Awards and IDMA's to name a few. Christopher has also graced the covers of countless magazines, newspapers and publications worldwide.


Meanwhile, back in the US, Christopher continues to be one of the countries most sought after DJs, headlining high profile events from San Francisco's Love Fest and Sony's 'Playstation 2 Tour' to Arnold Schwazzeneger's 'Terminator III' party. He has played the famed Coachella festival more than any other DJ, and was also the only US DJ invited to headline all three of the inaugural Ministry Of Sound, Cream and Gatecrasher tours of America.

Described as "A Highly Respected Producer" by Mixmag, Christopher won a preliminary Grammy nomination in 2002. With a discography of groundbreaking tracks, Christopher's notable releases 'Attention', 'Scorcher', 'Shredder', 'Renegade', 'Rush Hour', 'Cruise Control', 'October's Child' and bootleg remixes such as 'Batman Begins' have been hammered by DJs from Paul van Dyk and Tiesto to Paul Oakenfold.

This past several years have been Christopher's biggest to date on both the DJ and production front, following the release of two artist albums. His debut album 'All Or Nothing' and the follow up, 'Un-Hooked', a retrospective of Christopher's work for Hook Recordings, both topped the iTunes dance charts and met with widespread chart and critical acclaim from the worlds toughest critics from Rolling Stone to the Washington Post. Christopher's music has soundtracked everything from TV shows such as MTV's 'Real World', to Matchbox Car DVDs to computer games including 'Need for Speed 2' ï¿½ bringing an entirely new audience to Christopher.

Always pushing the limits, Christopher gained attention with the release of his new website, which was nominated in the "Best Music Website" category of both the SXSW and the Webby Awards, which are considered the Academy Awards of web design. Designed by the groundbreaking and award winning 2Advanced, Christopher's website became a benchmark in the DJ. Check it out at http://www.christopherlawrence.com


In the late nineties, Christopher established himself as one of the US's biggest selling DJs selling over a quarter of a million mix CDs following a string of record breaking releases including 'Rise', 'Temptation', 'United States of Trance' and 'Around The World'.

After lengthy delays, Christopher's label Pharmacy Electronic Music was officially launched in 2006 with Christopher's most recent mix 'Subculture' being described by Jive Magazine as "The Best Trance Album of the Year!", reiterating the fact that Christopher continues to be one of the World's most evolving and respected DJs.

On the big screen, Christopher has appeared in 'Midsummernight's Rave', as well the documentaries 'Liquid Vinyl', 'Intellect', 'Put The Needle On The Record', 'World Party On Tour' and 'American Massive' to name a few. A music video for Christopher's single, Freefall, shot at California's Electric Daisy Carnival has also been featured on television around the world.

In the world of international dance culture, there are DJs who are leaders and those who are followers. Christopher Lawrence is a true leader.
Releases
Like
Members who like this Alias
Edit